How do you follow up The Wicker Man (1973)? It’s a problem that runs through the length of writer/director Robin Hardy’s belated follow-up – a film that only exists because of it’s beloved predecessor, and which is also haunted by it in such a way that the latter film fails to find a personality of it’s own. It is not a bad film per se, rather one that struggles to find it’s own identity, standing in the shadow of a horror great as it does.

The set-up is quite neat, a born-again Christian couple leave the revivalist meetings of Texas to bring the gospel to the lapsed in Scotland only to discover that some are a little more lapsed than others. The central couple of Beth and Steve, played by Brittania Niccol and Henry Garret, are likeable enough in an “awe-shucks” sort of away – just naive and sweet enough for us to buy into their proselyting journey and silver-ring chastity, and Graham McTavish gives a good performance as Sir Lachlan Morrison (who may, or may not, be a descendant of Lord Summerisle), but the film lacks the overt weirdness of the original film – both in the flow of events and the film making style. Hardy directs in a rather restrained manner, a much smoother and more conservative style than in 1973 and the film suffers for it. For the most part The Wicker Man is not so much scary, as odd – creeping into your mind with its mish-mash of pagan beliefs and ideas, until it’s horrifying end. The follow-up however is rather banal, tossing in the odd reference to ancient water goddess Sulis (from Bath) and naming a power station after Irish deity Nuada (like the first film, there’s little discipline in which traditions are drawn from), but other than a local psychic and his pet raven the film is rather tame, until the final third at least. But even this is undermined by the inevitability of the finale which, modeled on the first film, surprises only in method if not in result. A burning wicker sculpture is even thrown in for no reason I could discern, other than as a reminder of the first film.

It’s greatest issue overall is a lack of narrative drive, given in the first film by Sargeant Howie’s desperate search for Rowan Morrison (another relation?), meaning it all rather meanders towards the denouement, and of course it lacks the shear shock of the original’s ending. There’s also a tonal insecurity, with the film shifting into comedy at times, particularly around Clive Russel’s butler, and some undeveloped ideas and characters that could perhaps have gone somewhere, such as the pollution subplot, or Honeysuckle Week’s rather underused character of Lolly. Christopher Lee appears, briefly, as a further tie to the first film but I can’t help thinking that it really lacks the influence of Anthony Shaffer who co-wrote the original and was a dab-hand at mystery. All in all, not an unpleasant 90 odd minutes, but one that will, unlike the original, pass fairly quickly from memory. 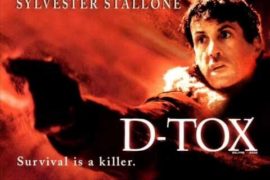