The info on my upcoming book:

HE DISAGREED WITH SOMETHING THAT ATE HIM analyses the two James Bond films starring Timothy Dalton made in 1987 and 1989. Critically overlooked and often seen as a misstep for the series the author argues that both films are a unique contribution to the series and form an important dialogue with the rest of the franchise. 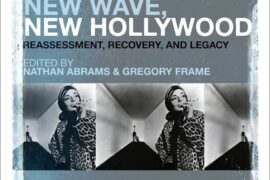